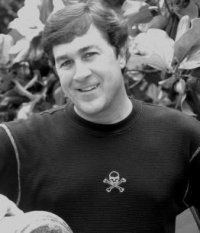 Hollywood Cemetery is one of the most beautiful bone-yards in the United States. It is such a fixture of Richmond, Virginia that folks here still refer to dieing as ‘going to Hollywood’. Overlooking the James River rapids, Hollywood is the final resting place for three presidents (if you count Jefferson Davis, and why wouldn’t you), twenty five confederate generals and William Burke, an Irish school teacher who had among his teenage students a young Edgar Allen Poe. It is also the home to one William Wortham Pool (W.W. Pool) Richmond’s most notorious vampire. Born in April 1842, Poole was a bookkeeper in Richmond until his death in 1913. He was laid to rest in a fine mausoleum in Hollywood and he was not seen again until October 2, 1925. On that day, C&O locomotive #231, operated by Engineer, Tom Mason, was heading into Richmond to pass through the tunnel known as the Church Hill Tunnel on the northside of Richmond. The tunnel was a low-traffic route and there were workmen in the tunnel on this day digging to increased the size of the tunnel. As the 231 passed beneath 20th Street, a few interior bricks in the tunnel fell loose. These were from the old part of the structure of the tunnel roof and the falling bricks damaged some connections for the underground lighting system. The tunnel was plunged into four thousand feet of pitch-black darkness. Workmen that were were near the east entrance fled toward the east portal. Carpenters who managed to escape reported later that right after the tunnel lights went out, they felt a sudden and overwhelming, unstoppable gust of wind. Mason's fireman, Benjamin F. Mosby yelled to Mason, "Watch out, Tom! She's a-comin' in !!"

A hundred feet of loose dirt and tunnel beams came crashing down upon locomotive #231, engulfing the train, trapping Mason where he stood "at the throttle."

Men from all over the city rushed to the tunnel entrance to try to dig the survivors out. They reported that they could hear the screams of hurt workmen as they dug. After a few days, the diggers called off the rescue. The screams had stopped and progress was too slow to free the workmen for weeks. But they posted watchers near the entrance twenty-four hours a day to listen for any survivors trying to dig their way out.

A couple of days later a man was seen emerging from the tunnel. The man was reported by the tunnel guards to be covered in blood with jagged teeth and rolls of skin hanging from its muscular frame. Blood dripped from his mouth as though he was fresh from a flesh feast.

A nearby watchman sounded the alarm and men on the street gave chase. The ghoulish being raced off through the streets of Richmond toward the James River and was pursued until it disappeared in a tomb carved into a hill in Hollywood Cemetery, labeled W.W. Pool. That’s when the legend Mr. W.W ‘Bill’. Pool, the vampire, was born.”

Nothing was heard again from Mr. W.W. until 1979 when a reporter from the Richmond Times Dispatch received a phone call from a man claiming to be a vampire and requesting an interview at a local pub. This was three years after Ann Rice’s Interview with a Vampire was published and Mister Poole told the reporter that he wanted to give people an interview with a “real” vampire. The man who met the newspaper reporter then next evening at a corner bar was dressed in dirty jeans and an old sweatshirt that looked like Goodwill rejects. He told of his life and death in Richmond, his feasting during the tunnel collapse and how now he survived on the blood of rats and stray pets and made his home under the water level of the James River at the old Pumphouse. He talked about being tired of haunting the streets of Richmond, living forever in the darkness and claimed to have become more and more depressed as the years wore on. The reporter humored the gaunt, pale man, gazed at him with a bemused skepticism, until the man snapped off the corner of the inch and a half thick oak table like you and I would snap off the corner of a soda cracker while grinning a wolfish grin. The next time Mister Poole surfaced was in Feburary, 2010 with the publication of my book, Heavenly Pleasure by Aspen Mountain Press.

"I haven’t even told you the best one," said Eve, ignoring John’s invitation. "The

woman that lives two doors down beside Ted and Eric, she’s Indian or Pakistani or

something and she always wears a black cape and she has actual fangs. I think she works at a strip club. Ted told me her name is Kali something."

"No, no, I got an e-mail from this guy, Bill Poole, and he said he was a vampire and

he wanted to meet me. I met him at the Tap last night and he gave me this manuscript.

I guess it’s his autobiography. I haven’t had a chance to look at it, but he seemed

"You met a sincere vampire at The Tap last night?" Eve cocked her head

"Well, he said he was vampire, he had fangs and all, but he was kind of dressed

like a bum, dirty jeans and a sweatshirt, no tuxedo, not even a sports coat. He seemed really depressed, like suicidal."

"So you met a sincere, suicidal, grunge vampire at The Tap last night named Bill.

This is a character you made up for one of you books, right?"

"No, I really met the guy, he gave me a manuscript of his life story; he said he was

ending it all and he wanted someone to tell his story after he was gone. He seemed like a nice guy."

"John, this is too much. You’re making this shit up."

So, Bill, if you’re out there I’d love to sign your copy of my book. I think I’ll inscribe it “To Bill Pool, no, I’m not making this shit up.” Maybe someday they will buy the film rights to Heavenly Pleasure, and make the movie, then Mr. W.W. Pool will again, “go to Hollywood.”